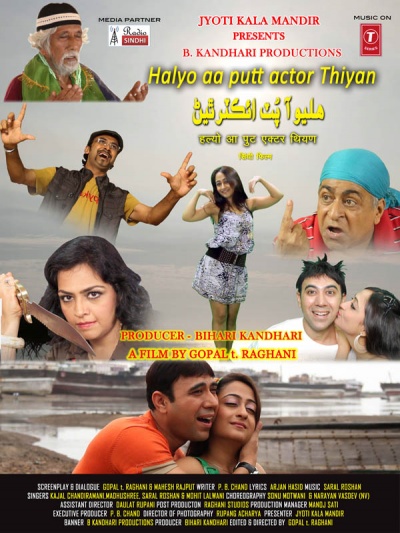 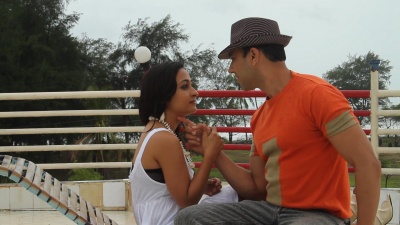 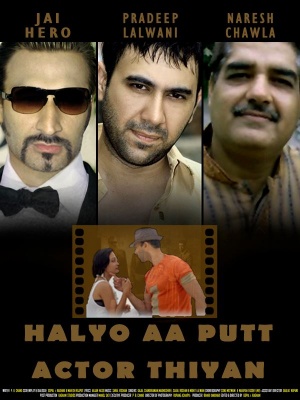 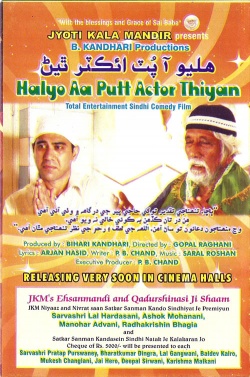 Halyo Aa Putt Actor Thiyan is a Romantic Comedy. Story will give you very much feel like a Bollywood movie. Lalu (Pradeep Lalwani), a small town boy comes to Mumbai to become big star in Movies. He meets Sweety (Nitu Jiwnani) co-star and falls in love. There is another parallel story going along full of surprises and climax. Watch the movie to know what is that story.

Mumbai is Bollywood & Bollywood is Mumbai. People come here to make it big in Bollywood from every nook and corner of the country. Lalu (Pradeep Lalwani), son of a businessman Hemandas (Ramesh Karnani) is one of them. He wants to become actor and comes to the city of dreams. In Mumbai, Lalu stays at his father's friend Dharamdas' (Naresh Chawla) home. Dharamdas' son Kundan (Jai Hero), a failed actor turned production manager takes upon himself to teach Lalu tricks of the trade. He arranges a music director Mani (Haresh Keswani), a dance director (Deepak Punjabi) and an acting coach (Baldev Kalro ) to train Lalu and make him a super star. Kundan also takes Lalu to various studios and Lalu gets glimpses of tinsel town.

Lalu, a simpleton, soon becomes darling of the house. Dharamdas & Nirmala (Aarti Jaswant Kumar) treats him like their own son and Sweety (Nitu Jiwnani) falls in love with him. Initially, Lalu disapponts all as he is very clumsy. But Kundan does not give up as he is mired in his own set of problems and sees a great opportunity in Lalu. Kundan had taken a loan of Rs. 15 lakh from a lady don Champa (Aarti Jadhwani) to make some quick money by way of financing a Bhojpuri movie. The producer ran away and now Kundan does not know how to repay the loan to Champa.

Kundan convinces Lalu for a screen test and extracts some money from him. He does not put a real in the camera and after the screen test, says that the film got destroyed. Dharamdas is very angry and confronts Kundan. However, Lalu does not mind and offers Kundan a big-budget movie to be made in Sindhi. He also puts a condition that it must be made with all-Sindhi unit. Actually Lalu has an hidden agenda. He has come to Mumbai in search of his half-brother Ashok (Anil Sadani), who came to Mumbai to become an actor and never returned.